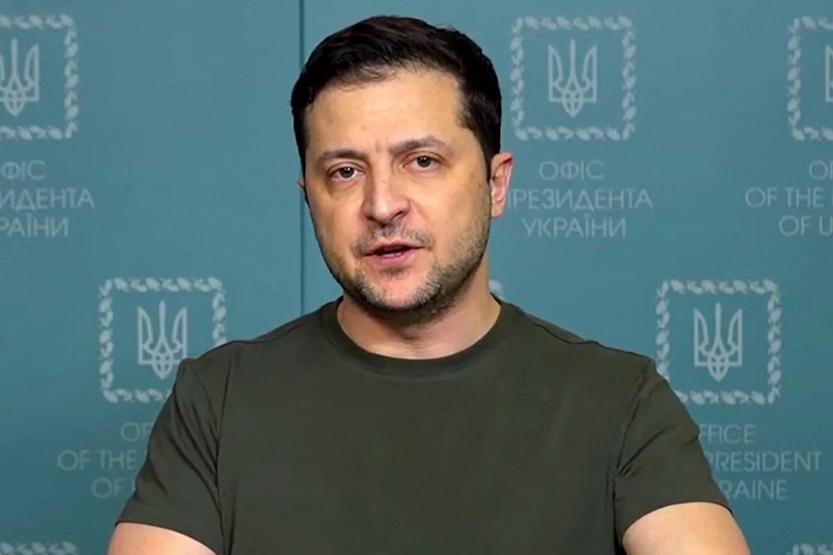 My father loved to quote the line from Vince Lombardi that “great leaders are made, not born.” But my dad added his own special twist: Great leaders are everymen/women who rise up to the harrowing circumstances into which they are thrust. And they inspire others to do the same. They are never vainglorious. And never ever are they self-proclaimed.

What all great leaders have in common is that they serve their society. Never themselves. Or a small coterie of confederates. Or an ideology that they seek to impose on others.

They all inspire, not just hope, but the stubborn will to resist. To refuse to give up or give in, no matter how frightened they might be. To fight for freedom and justice and their children’s future.

This is the image of a great leader. No panoply. No props. Just a simple man in a T-shirt who needs a shave and a good night’s sleep. A comedian, who at 5’7” towers over the political stage.

Like all great leaders, he represents courage, grit, and self-sacrifice: The qualities that are needed if a nation is to survive.

There will always be Pharaohs. Ruthless individuals who enslave a people for their own ends, whether these are simply narcissistic or arise from an historical narrative that breeds delusions of cultural grandeur. And there will always be heroes who stand up to tyranny.

For some time now we have watched in dismay as authoritarians around the world have sought to roll back the Enlightenment dream of universal equality and autonomy. Their tools are the same as they have always been. Raise stress levels to such a fevered pitch that individuals will acquiesce to the assault on their rights and liberty.

Great leaders refuse to allow this to happen. They hold steadfast to the principle that SELF-regulation is a nation’s primary human right. Their dogged perseverance inspires, not just their own people, but all those who watch and are fighting their own battles for freedom, however slight these might seem in comparison.

But there is something deeply significant about the fact that the humble shepherd with a speech impediment who went on to become the greatest of orators and educators did not himself get to enter the promised land. It demands extraordinary fortitude to survive, but this does not lead to social, emotional, psychological and physiological homeostasis.

For restoration to occur, a new breed of leaders is needed: Self-Reggers, who seek to understand why these terrible forces have been unleashed, so that it never happens again. They brandish their own T-shirt: the symbol of a paradigm-revolution that is in the making.