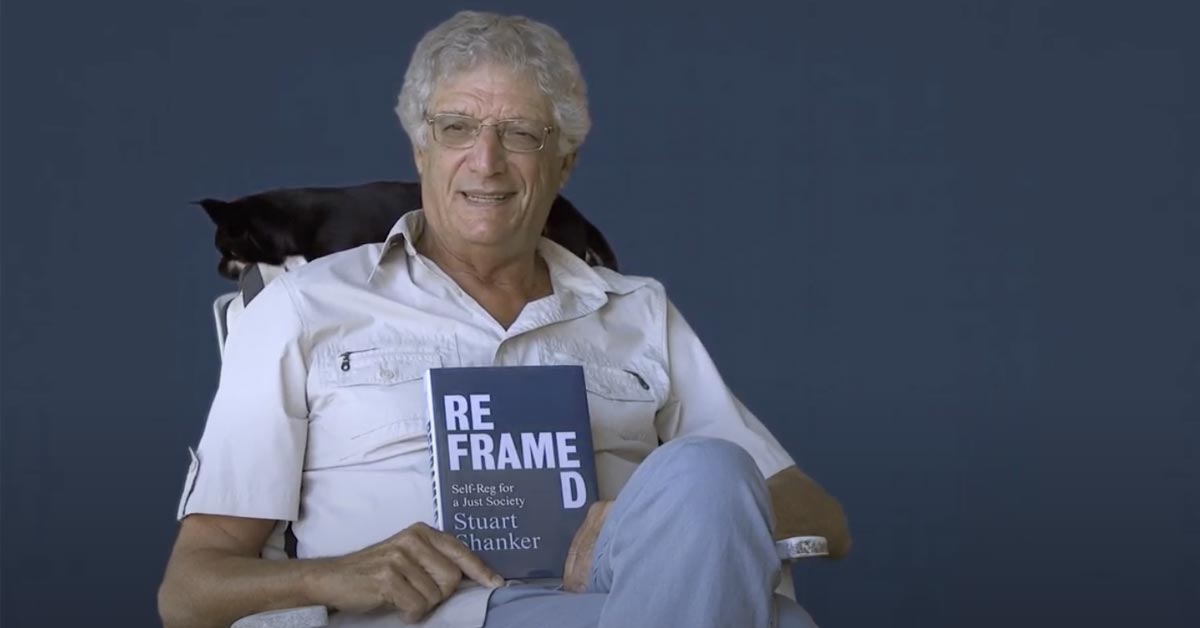 I was a child of the 60’s. The big thing for my generation was the music. And for me and my friends, that meant Crosby, Stills, Nash & Young (CSNY). I’ve been thinking all week about the songs that moved us in a way that can still make me shiver when I hear them: “Ohio,” “Woodstock,” “Déjà vu,” “Teach Your Children.” These weren’t just songs of protest. They were the anthem for a generation intent on creating a Just Society.

I was a child of the 60’s.“Ohio,” “Woodstock,” “Déjà vu,” “Teach Your Children.” These weren’t just songs of protest. They were the anthem for a generation intent on creating a Just Society.

It’s a question that sociologists have studied closely (Marx & McAdam). As was the case in the 19th century, reactionary thinking turned out to be more deep-seated than anyone anticipated. But for Self-Reg what happened is: Self-controllism. The view that success only comes to those who work for it; and failure to those who don’t. The moment we entered university we left the 60’s behind, pushing ourselves to work harder and punishing ourselves for what we saw as lack of grit. And soon turning a blind eye to the injustices that just a short time before were seen as intolerable.

For Self-Reg Global, our original intention was to respond to international demand. Now it is to meet a global need.

It feels almost foreordained that we should be launching Self-Reg Global in the midst of the present upheaval. Our original intention was to respond to international demand. Now it is to meet a global need. This is what the world-wide Black Lives Matter movement is telling us, although it may take some time for the deeper messages to fully sink in. Telling us that we need a paradigm-revolution if the hoped-for social revolution is to take hold.

For Self-Reg, this means framing a new way of seeing our children, our schools, ourselves. For two centuries now, we have swung back and forth between two opposing views about how to raise a child: Martineau vs Dickens, Watson vs Spock, Ferber vs Brazelton. What is particularly fascinating is to see how this polemic plays out politically. Using the tools that George Lakoff developed [Moral Politics], we see conservatives drawn to approaches that promise to “build character,” hostile to what they see as helicopter parenting. Liberals seek to nurture and look with alarm at approaches that eschew comforting a child.

The same division is defining sides in our present “age of anxiety.”(Coronavirus Conversation: “The Revolution is Coming”). Parents on the right worry that over-protecting a child can contribute to downstream weakness in dealing with anxiety. Parents on the left worry that, once it takes hold, anxiety can be a nightmare to eradicate. Who knew that parenting literature could become a political minefield? But that is where the old paradigm has landed us.

The self-controllist approach to parenting has always worked best for children who seem to welcome discipline; or at least, are not harmed by its imposition. The nurturing outlook has been concerned from the start with the “challenging” child. The problem is, with the spike in anxiety, all children are at risk of becoming challenging. Suddenly every parent is confronted with problems that, not too long ago, only a minority had to deal with: Problems sleeping the night through, toilet-training, feeding, brushing teeth. Problems at school and problems at home. Problems that seem resistant to both a firm hand and a comforting hand.

It is science, freed from any political bias one way or the other, that shows us how to respond to the plight of today’s children and youth.

The fundamental principle of the Enlightenment was that it would be science, not custom, that will show us how to deal with problems such as these. Science freed from any political bias. But the reality has turned out rather different. We have seen scientists employing statistics in order to bolster a racist agenda. Scientists who have tampered with their data in order to buttress determinist presuppositions. Scientists who continue to interpret their research through a self-controllist lens.

Experimental rigour in itself provides no protection from mindlessness. My own view, forged in the years I spent at Oxford, is that philosophy — the “Queen of the Sciences,” as Moritz Schlick described it – must not so much lead as clarify the way. This is an approach to philosophy that seeks to recognize and overcome biases through searching self-reflection. It is this approach that defines Self-Reg.

In order to develop an enlightened response to the needs of today’s children, youth, and young adults, our first task is to understand the nature of the problem. If there is an over-arching principle that defines Self-Reg, it is: Before managing must first come understanding. And the big question that confronts us at the outset is: What is it that we must understand in order to manage?

On the old paradigm the answer was clear: behaviour. Children misbehave because they are the receptacles of selfish genes. They are biologically wired to get what they can and get away with whatever they can. Children are not just little savages but, as for the late Victorians, literally a throwback to humanity’s savage state. Civilization must either be thrust down their throats, or else they must be gently socialized. But either way, children need to be taught how to behave if they are to become accepted members of society, let alone rise up the ranks of social status.

For Self-Reg, it is stress, not behaviour that must be managed.

Change the question and you change the paradigm. For Self-Reg, it is stress, not behaviour that must be managed. Stress that, if handled poorly, turns into threats to homeostasis: biological, emotional, cognitive, social and prosocial. And, on top of all these, the current threat of an insidious pathogen that deprives children and youths of the very social oxygen they need to breathe.

For the time being, we must follow the public health edicts and find what works best to stay calm ourselves and help our children enjoy the same. But now more than ever, we need to plan for the future. Denial has not served us, and it is quite staggering to consider just how many perils we have resolutely denied. Those days are over. Crushing reality has a nasty habit of forcing us to acknowledge and abandon maladaptive modes of self-regulation if we are to avoid collapsing into Brown Brain.

It is in the midst of this crisis that Self-Reg Global (SRG) is being launched: not as a paradigm-shift but rather, as a paradigm-revolution. A new way of thinking that recognizes when a child, youth or young adult is over-stressed and sets about to discover why. A way of thinking that seeks to understand when we ourselves or our friends and neighbours are in Red Brain and charts a course to return to balance. That sees that we are in a state of what physiologists refer to as cacostasis, greatly exacerbated by, but not solely due to the coronavirus.

SRG presents a global response to a global crisis in how we raise and educate children to deal with the unknown stresses that lie ahead.

SRG presents a global response to a global crisis in how we raise and educate children to deal with the unknown stresses that lie ahead. A crisis that drives home the fact that no individual, and indeed no nation can be a free rider. That the stresses plaguing us know no borders. Our threats are shared, and so too must be our response. But more is involved here than preparing for a second wave of the virus; we need to prepare for the post-pandemic world that awaits.

That is the goal of Self-Reg Global: to raise a generation of children who are able to confront their new reality without being crippled by anxiety or taking refuge in denial. A generation that refuses to allow stress to derail them from their quest for justice and equality. To provide parents and educators with that most precious of all commodities: hope for their children’s future, and thus, hope for the future of society.

There is one song in particular that has been on my mind all week as I think about what is happening around the world into which we are launching SRG. With apologies to the “Cros,” there is just one word in his wonderful lyrics that I’d like to change:

In my dreams, I can see a society That could be.

Dr. Stuart Shanker is a Distinguished Research Professor Emeritus of Philosophy and Psychology at York University, the CEO of The MEHRIT Centre, Ltd. and Self-Reg Visionary of Self-Reg Global. Stuart has served as an advisor on early child development to government organizations across Canada and the US, and in countries around the world. Dr. Shanker also blogs for The MEHRIT Centre and Psychology Today.